The curse of Kabbalah (Luštica)

Due to the tremendously beautiful coast and favorable location of the coast of Montenegro, investments for the benefit of tourism are of course necessary. Montenegro really needs these investments.
However, the politicians leave much to be desired, although there is a procurement committee, etc to make these investments run (in the right way, that is the idea behind it).
According to various sources, the state land at the ‘Kabbalah’ site has been leased for a period of 30 years (sources will be named at the bottom of this blog)

with the obligation to finance, design, build and manage five-star rent-a-pool villas. It is a land with a total area of 12.12 thousand square meters.
There are several buildings here that date back to Austro-Hungarian Empire.
Many installations of bunker complexes are still there, but this history seems to be completely lost (outside the wall of Kotor). At least for the tourists.
In my country, they also turn such old buildings into fantastic hotels so that they remain fully integrated into the landscape and their cultural values are not lost. Here they rather have these old bunkers, and forts sloped.  In the hope, they can build hotels that give more money instead.

Wrong thinking people just want to give more money to sleep in a super de lux fort or bunker.

But like I  said, in Montenegro, this has to make way for mass tourism. According to the people that live here, they will of mainly Russian rich people. They do like the Russians, especially for their money, but only the older ones see the destruction in the long run. Despite the fact that there are Russians with good intentions!
bulldozers and excavators building a new road to Dobrec beach, exterminating all the trees and shrubs standing in their way.

Despite the fact that ordinary tourism has long been outdated(in my opinion), they are still apparently remodeling here in that way…according to a lot of sources. Valuable culture and beautiful buildings are completely lost, and people cannot see the prestige of hotels built from the preservation of these old cultural buildings.

In 2009, the plans were taken to what they say the next level…., many expect a buffer zone of a UNESCO site however this appears to be just all disappearing in time
The Yugoslavian underwater tunnel, the hidden tunnel systems, the coastal battery of Luštica, guardhouse Luštica with its spectacular view over the bay, everything is planned to disappear and to be turned into ugly hotel elements? 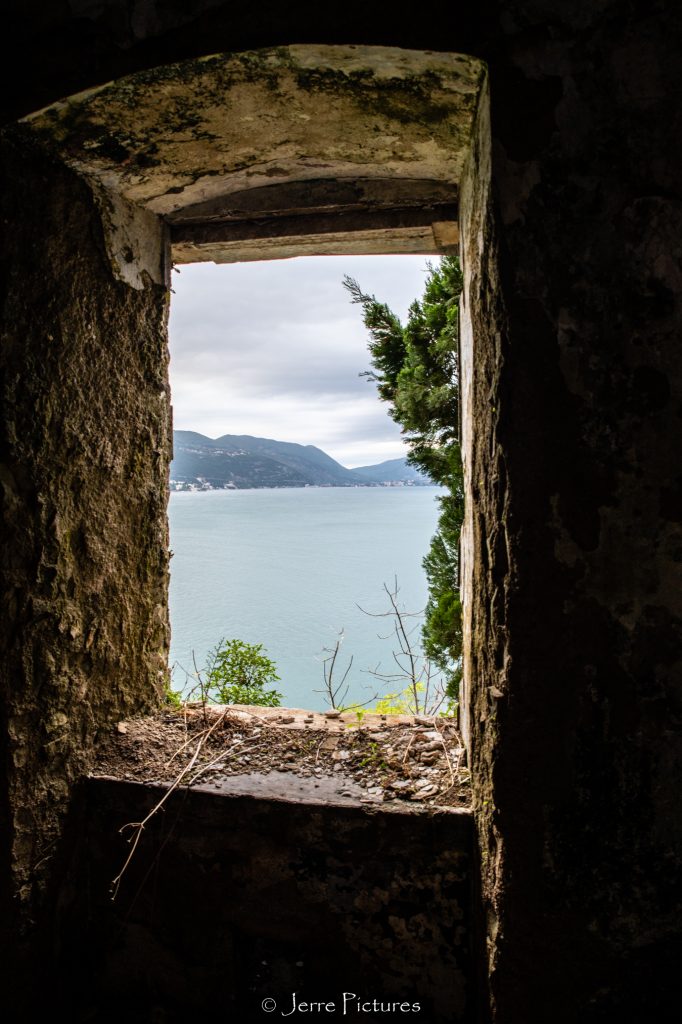 Is this it then? 120-year-old fortresses and nature untouched for decades will disappear in the next few years.

A lot of tourists visiting the fortresses etc are being chased away in a fairly harsh manner.
I also got a bit of a fight when I noticed how a concrete mixer was dumping its waste in the sea and nature. A real shame 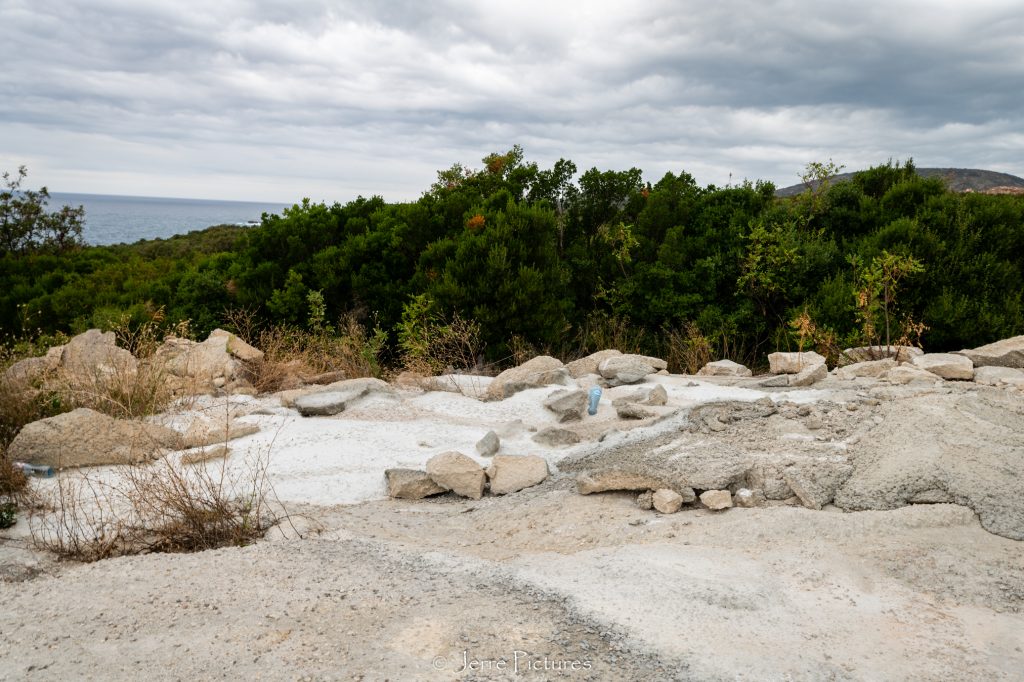 Because of Corona, many small hotels and campgrounds were closed. I had a deal with a landowner to be allowed to camp on his land. But the road leading to it was hard to find and inaccessible due to a heavy storm and meter-high bushes. So I took a detour, which I found on a military map, and parked on his property or at least close to it. I parked my car a bit hidden from the road. The next morning workers with old vans are moved to the construction sites.

Although there are Reports that I think slightly exaggerate where people were threatened with guns. The local authorities claimed afterward that it was a private party of some rich guy. Too bad I missed that party…a party which lasts a few years ??? There just want to be a part of…for the free food of course …

Now there were also places where I was just welcome! Well knowing that I might be one of the last visitors left there in that form.

But this story of concretization, you will find all along the coastline in Montenegro.
Many unfinished houses/apartments and even hotels, the concreting seems almost unstoppable!
The best example is Hotel AS coordinates 42°12’24.744″ N 18°55’52.704″ E 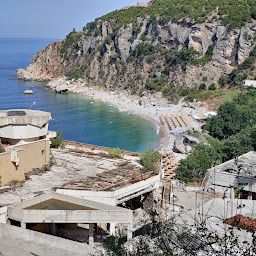 this hotel was bought by a rich Russian according to the locals. But in 2009 this went bankrupt. Still, in 2020 the Hotel is standing there unfinished and the construction cranes are still standing there unemployed.

I hope that the politicians can keep their purse strings tight for bribes to give this country a huge chance for a healthy form of tourism where cultural heritage, nature, and ecotourism can really go hand in hand.

I have already told you about the most beautiful village of Rose,
On the way there, you’ll see all this beauty. 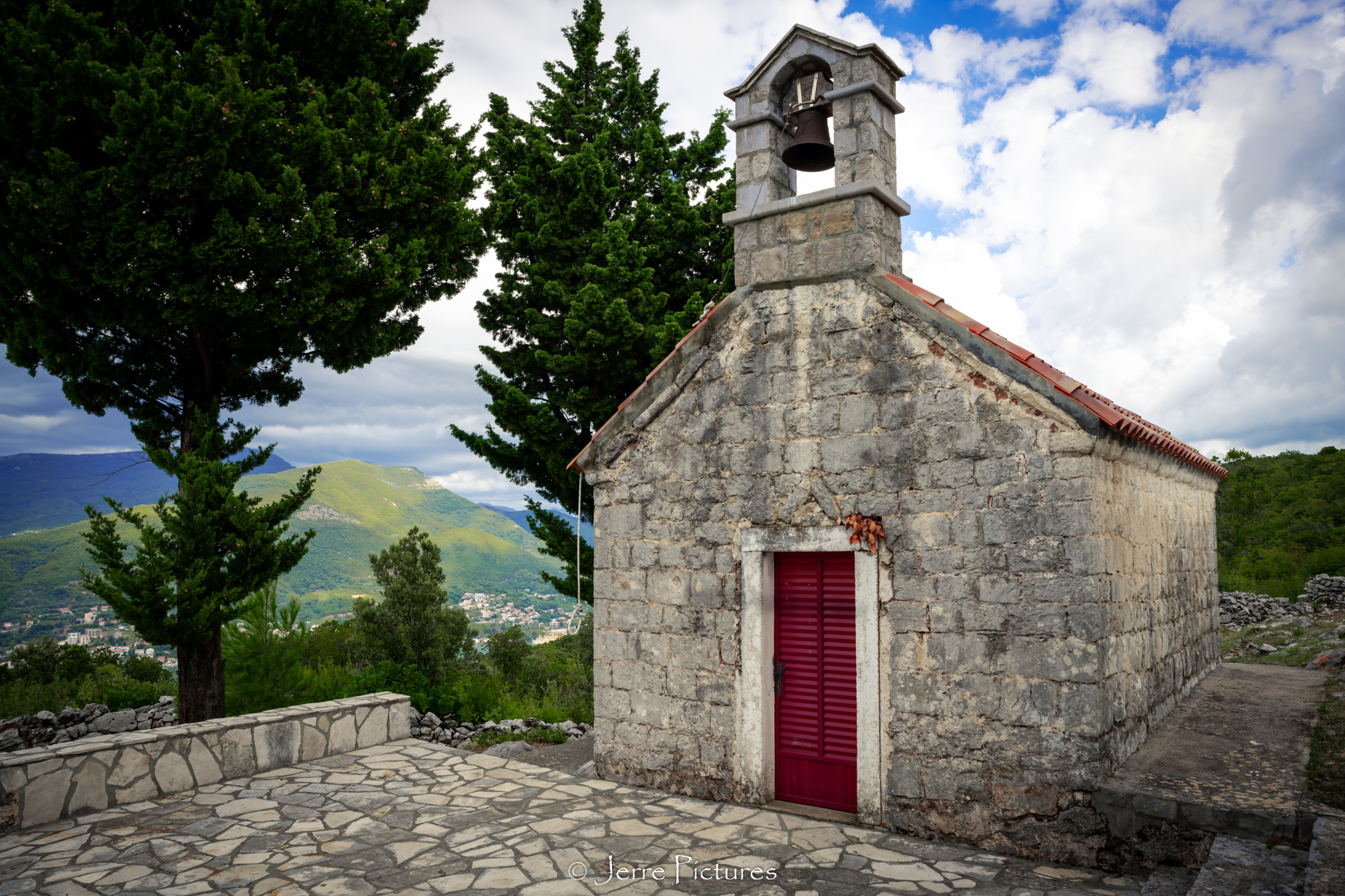 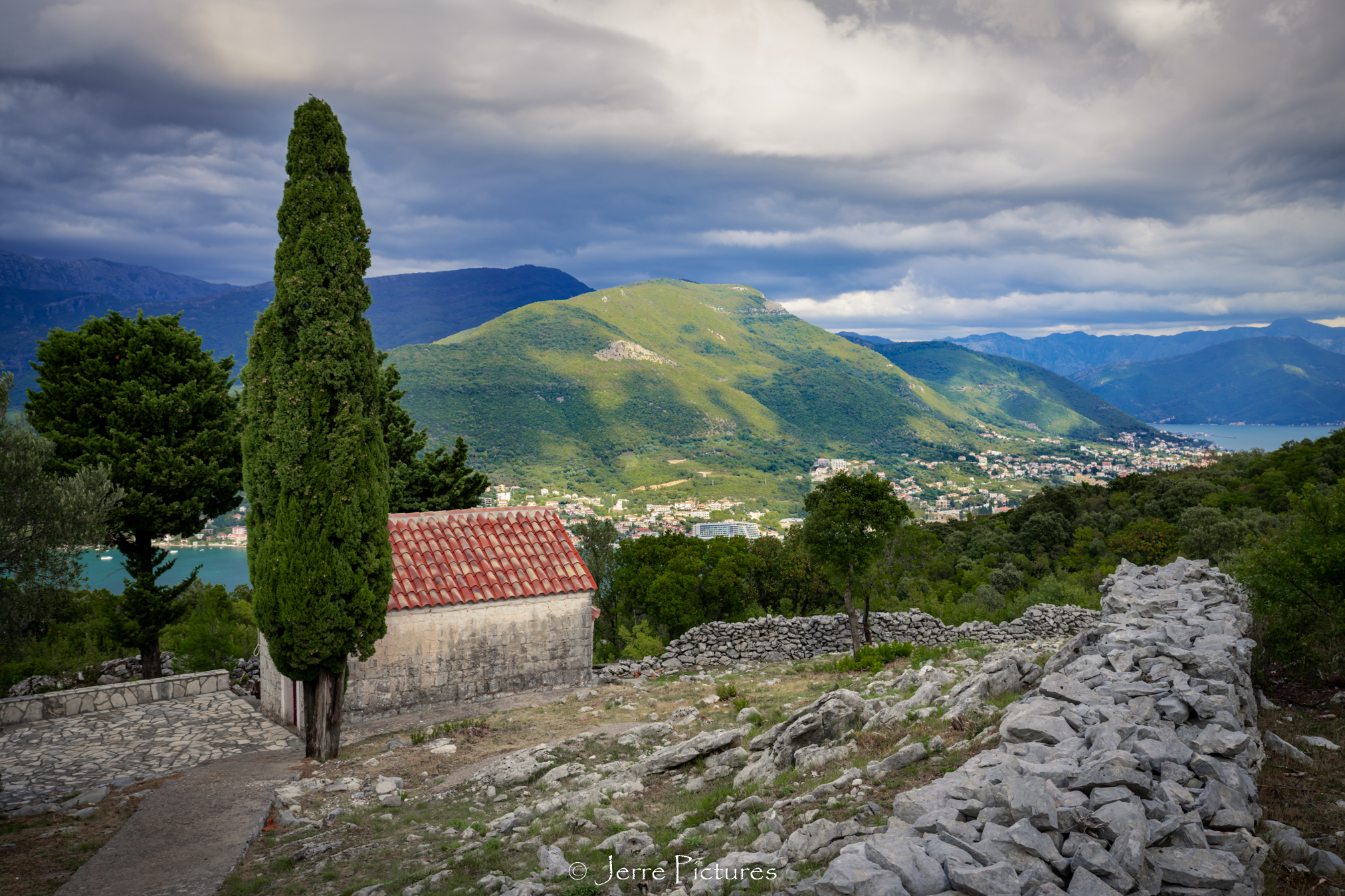 The Austro-Hungarian U-boat fleet was created in the decade leading up to World War I, they were built to a variety of designs, many of them under license from Germany. They served during the war against Italian, French and British shipping in the Mediterranean with some success, losing eight of the twenty-eight in service in return. They were reinforced by the German Imperial Navy’S Pola Flotilla, consisting mainly of coastal U-boats transported by rail from Germany’s northern shipyards to Austrian ports on the AdriaticAfter the end of the war in 1918, all Austrian submarines were surrendered to the Entente powers, who disposed of them individually. As both Austria and Hungary became entirely landlocked in the aftermath of the war, no Austrian or Hungarian submarines (or other naval vessels) have been commissioned since.

You will find it difficult to find coordinates of the ‘Wachhaus Kaballa’ via google maps. So here they are 🙂

Do you want to visit more hidden gems of the Austro-Hungarian Empire?

Through this link, you can buy a book where the most iconic fortresses are included?

I am included in the amazon influencer program and when you buy with this link I earn a small penny.

This is the ultimate hiking book for the Bay of Kotor, describing 12 great walks and 1 boat trip to visit 17 iconic fortresses. With 240 images and GPS waypoints, this is the essential fortress-visiting companion, and also a fascinating source of information for Geocaching enthusiasts. Close to the Bay of Kotor, Montenegro’s favorite tourist area, hidden and almost unknown among the surrounding mountains and hills, lie a large number of wonderful old fortresses, relics from the last decades of the Austro-Hungarian Empire, built to defend their huge military harbor and protect the southernmost outpost of the empire. Ravaged by the earthquake, lightning strikes, the impact of extremely heavy rainfall, and in some cases robbed of their best hand-crafted stone, they are set in the stunning scenery and connected by equally well-crafted stone pathways. Using the combined skills of the author, an experienced day hiker, and photographer, with the assistance of Volker Pachauer of Graz University in Austria, an acknowledged expert in the history of these old structures, and founding member of the Austrian Society for Fortress Research, it will enable anyone with hiking skills to discover and explore many of these hidden treasures for themselves, learning something of their history. It is hoped the book will add impetus for a possible conservation project, the creation of a museum employing local people, to celebrate the historic Austro-Hungarian fortresses of Montenegro

The Austro-Hungarian Fortresses of Montenegro: A Hiker’s Guide

Lovćen a mountain, unique in its sort

Most iconic destination in Montenegro

‘Rose’ The most beautiful village of Montenegro

This site uses Akismet to reduce spam. Learn how your comment data is processed.